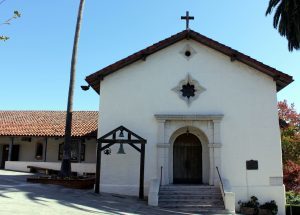 San Rafael, California, sits at the heart of Marin County, and as such, it houses a variety of historic landmarks and modern gems worth visiting at least once. Whether you’re a solo traveler or enjoy sightseeing with company, these top attractions are a perfect addition to any San Rafael tour.

Named after the angel of healing, Saint Raphael, Mission San Rafael Arcangel befittingly served as a hospital for Christianized Native Americans who were ill during the early 1880s. It was first erected in 1817 and earned full mission status just five years later. However, this status was terminated in 1834 after Mexico’s battle for independence from Spain, leading to its deconstruction.

The chapel was later rebuilt in 1949 and currently serves as a place of worship and education for schoolchildren and adults. It sits to the right of Saint Raphael’s Church and features adobe-style walls, three original bells located by the chapel door, unique artifacts and paintings, interior flags, and a Mission Gift Shop.

If you’re a fan of creative art expression, the center also houses multiple galleries with vibrant displays of hanging artwork.

The Museum of International Propaganda

Political art can be found in abundance at The Museum of International Propaganda. This collection of photos, posters, paintings, sculptures, and collectibles took 30-plus years to grow and features both comical and disturbing art from over 20 countries, including Nazi Germany and North Korea.

Visitors can browse through more than 200 photographs, stop by for special events like Wednesday Movie Nights, learn about how propaganda art influenced public opinions, and bring home a souvenir from the International Museum Store. Admission is free, but donations are always appreciated.

This 19th-century mansion was constructed in 1888 and is named after Robert Dollar’s Scottish birthplace. The captain purchased the estate in 1906, and his family continued living there until 1970. The Falkirk Cultural Center now has a permanent spot in the National Register of Historic Places.

Originally built under the name Dominican College after Saint Dominic de Guzman, this university has a rich history dating back to 1850. It started out as a junior college in 1915 and then expanded into a four-year college in 1917. It was also the first Catholic college in California to offer Bachelor of Arts degrees to women, and it underwent a name change in 2000, thus becoming the Dominican University of California.

It has since expanded to include several school halls, a library, music conservatory, athletic fields and fitness facilities, a health center, and student housing.

Looking for fun things to do in San Rafael? Consider taking a tour of these top attractions in the heart of Marin County.